Welcome to the 2017 season of the Manitoba Fearless! Our first Coaching Announcement of 2017 is to welcome back Coach Craig Bachynski as our Head Coach for his 10th season with us.

Coach Bachynski works as a Projects Manager, and Contracts Administrator for Number TEN Architectural Group and has been on the board of the St. Vital Mustangs since 1992. Coach Bach has also been on the board for the MB Juvenile Football League and Football Manitoba. He has also been an integral part of the LTAD committee, and the chairman of the 2009 Football Canada Cup Organizing Committee.

Most notably is Coach Bachynski experience coaching Women's football, he has been one of the biggest supporters of the Women's and girl's football program's growth. Welcome back Coach Bachynski! 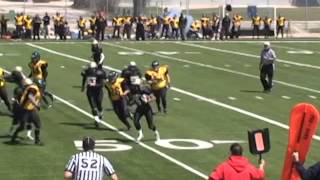